What did you drive before your Accord?

Never owned a car that wasn't Honda or Acura.
T

Joined Aug 24, 2019
·
4 Posts
I drove a series of Nissan and Infinity products over around a 15 year span. Then came the day when I discovered the paint was peeling off my 3 year and two month old (2 months out of warranty) Maxima. When I appealed what was an obvious bad paint job, they told me tough luck, I had to eat it. Real bad business decision, it made a permanent enemy of a long term loyal customer.
F

Joined Feb 9, 2016
·
1,104 Posts
(Addendum to my previous post). I came across a box of photos from high school and college, and managed to unearth some photos of my first car -a 1984 Honda Accord hatchback. Ah, memories! 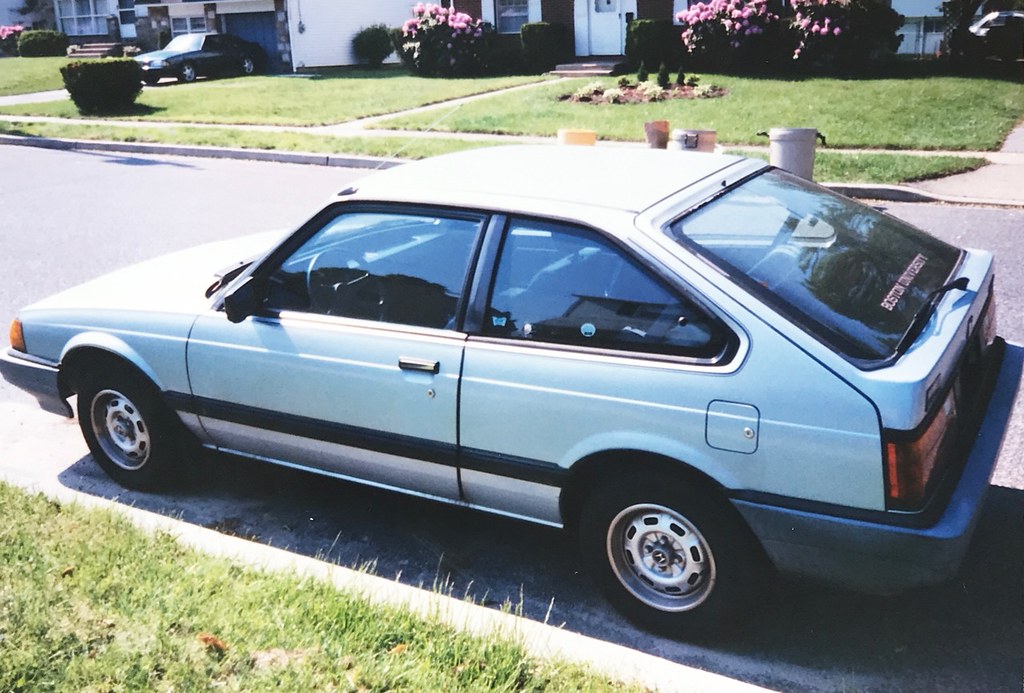 It was my Mom's car, bought from new, and then it became my car during my senior year of high school in the early 90's. It was the bare-bones model (wind-up windows, manual locks, and it didn't ship from the factory with A/C, but Mom had it added by the dealer a few years later), and looking back, it was a great car for a young driver - not too fast, but agile enough to bail me out of typical first-time driver mistakes. And an absolute tank in the snow. 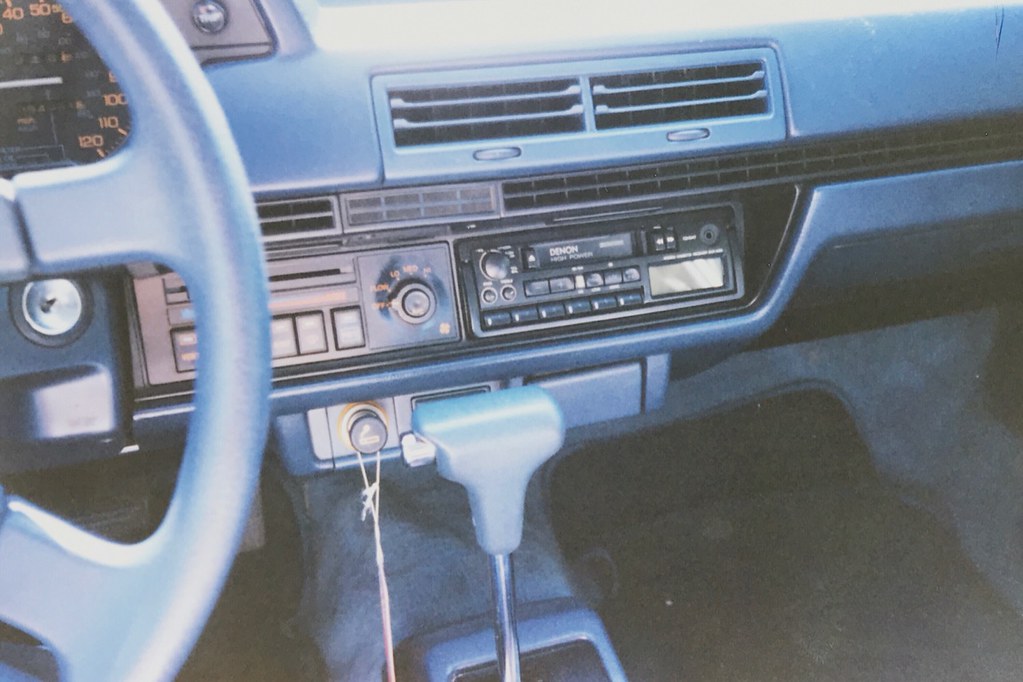 Check out the aftermarket Denon AM/FM/Tape deck! The "line in" was the most handy feature, as I plugged my Sony Discman into the stereo (with a big binder of CDs in the back seat). The feature of the Denon I never used was the handle - forget a detachable face, the entire unit was designed to pop out of the dashboard. I never used it - couldn't quite see my 17-year old self cruising the halls of my high school or the local mall while carrying the entire stereo under my arm.

Looking at the photo, I'd also forgotten about the prehistoric version of the maintenance minder that Honda used on these Accords (right below the odometer). 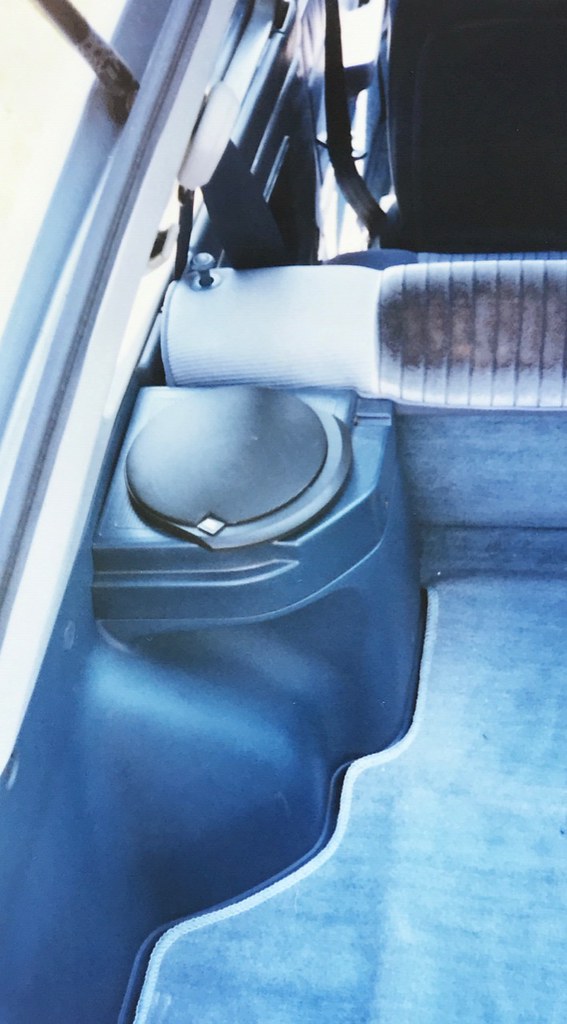 My Dad's hobby has long been hifi audio systems, and one weekend shortly after I got the car, we threw in a pair of JBL speakers in the rear and (I believe) Boston Acoustics in the front. I certainly didn't have the most expensive car in my high school parking lot, but I had one of the best sound systems. If I remember correctly, the OEM speakers had paper cones, so the JBLs and BAs were a massive upgrade.

Check out the seat fading, though. Sigh. 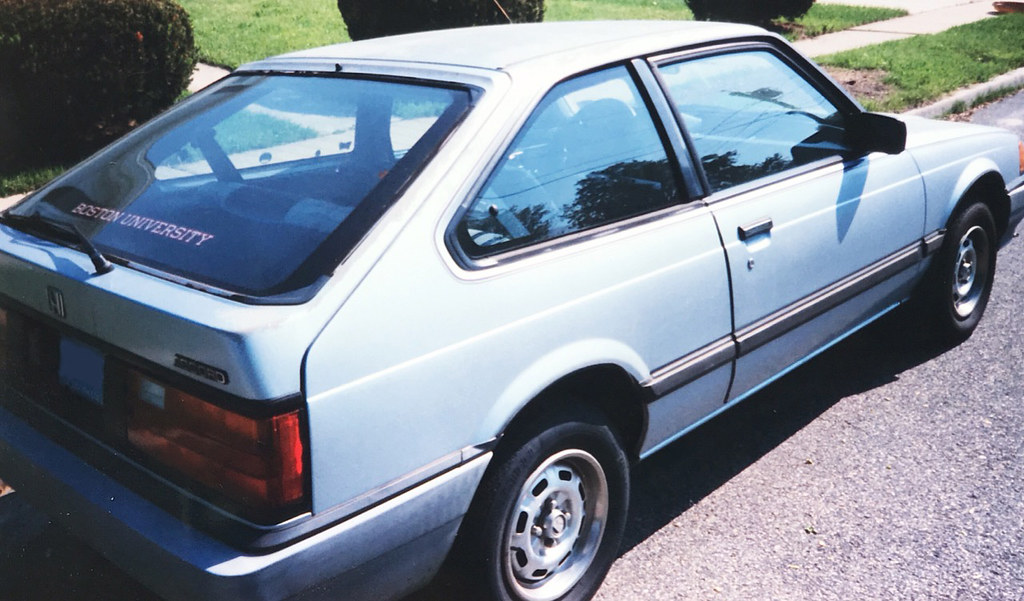 You can tell it was never garaged - even in this poor quality scan, you can see that the paint was fading. I had it repainted during college, and it made it look a million times better.

When I was at the Honda Heritage Center a few years ago, I had a moment when I saw the 2nd-gen Accord sedan there. Finding these photos again brought back so many memories - it's amazing how attached you can still be to something you last owned 21 years ago (I finally sold it in 1998).
S

2020 Honda Accord EXL 2.0
Joined Oct 13, 2020
·
125 Posts
Obviously we all own and drive Accords, but I thought it might be interesting and fun to see what you have owned / leased & driven over the years. I'm an old coot so I've had a few cars in my day, but I am certain many of you have had more. Any way here is a list of the cars that I have owned. (some of them i can't remember the model year.)

I may have had other cars, but this all my old brain can recall.

Joined Oct 1, 2016
·
1,102 Posts
1991 Geo Prizm:
Really a Toyota Corolla with a different front and rear badge. Great car, super reliable. Not a lot of options- just A/C and an automatic transmission. Handled like a golf cart. You could turn the wheel with your pinky finger. Sold to get something with more options.

1998 Toyota Camry LE w/ 2.2L Auto:
Great car even if it was seriously underpowered. The 2.2L only put out 133hp. Super reliable and got me through college. Some jerk in a Cadillac rear-ended the car on the freeway in a snowstorm after roughly nine years of reliable service.

2007 Camry Hybrid w/ CVT:
First new car. Super reliable, great mileage. My wife now drives it because she has a longer commute. Currently has about 180,000 miles.

Those cars are SHARP. I was happy I was able to easily find the photo of it just now, because it came through a work event last year and it was my favorite car of the day. Owner was super cool, guy in his early 60s I'd guess. Those wheels alone make the car worth having...


Edit: "1885 Buick Riviera"
That's awesome! Was it a horse carriage or steamboat or something? Just kidding, haha.

I had the 1991 Accord for 22 years - loved that car! My Granddaughter has it now. Really liked the 2013 Accord too, but decided I wanted the updated safety features in the 2019 model and I wanted a Hybrid. I had/have the F150s to tow my camping trailer and to haul heavy loads. The earlier pickups were to haul things too.

AccorDokken said:
Those cars are SHARP.
Click to expand...

Word, I'd still buy it. There was one in my home town when I was young and I had no idea what the heck it was until much later in life. A Toyota was a rare sight back then, let alone a sporty one since pretty much everyone drove domestic cars.

1992 Chevy Cavalier Z24 Coupe 3AT
My dad gave me this car, my first. Totally rebuilt the top end of the motor (over a snapped head bolt) over a winter to find out shortly after that the entire rear end had rotted out. Sold for basically what I put into it.

1988 BMW 325i Cabriolet 5MT
One of my favourites, but the car was bad luck. Had to get rid of it for a loss since I was still young and couldn't afford to fix it like it deserved. This one especially bums me out because there was a huge spike in popularity in these cars after I got rid of it and now most of them are all ruined by deferred maintenance or slammed on the ground or both.

2001 Chevy Cavalier LT Sedan 4AT
Went crawling back to chevy because I was broke. Miserable car, smashed it up (my fault) so hard that it bent the frame, sold to a guy with one eye for scrap.

2008 Saab 9-3 2.0T Sport Combi 6MT (5-door wagon)
My first taste of Saab. Decent car and surprisingly quick. Would probably still own it today if someone hadn't broadsided me after they ran a stop sign.

Below I still own:

2015 Ford Fiesta SE 5-door 5MT
Surprisingly crap car for being so new, only bought for...political reasons...in a rush to replace it after the wagon was smashed up. Transmission replaced (under warranty) because first gear completely disintegrated under normal use. Relegated to beater status for winter and short commutes.

1992 Saab 900 Turbo Coupe 5MT
Converted by the previous owner to an SPG look-alike, it is the quintessential Saab (okay, maybe after the 99 Turbo). Still smile inducing, but has been really hurting the wallet to keep on the road these last few years.

2019 Honda Accord 2.0T 6MT Sedan
First Honda, and Japanese car at that. Surprised it took me so long, given I'm from the Gran Turismo generation. To be honest, if Saab hadn't folded in 2011, I probably would've bought another since I was actively searching around to replace the Sport Combi for years (they're hard to find). I broke down and bought the Accord because even the newest Saab is now 9 years old, which puts you firmly in the territory of having to do major maintenance.
H

Currently thinking of trading out the NSX for a NC1 NSX, or the Accord for a TLX Type S, it can only be one or the other. My car addiction continues...

4th car - 1987 Mazda Turbo II, MT, first car I bought myself (used), same color as this one but not nearly as nice a shape lol:


5th - 1985 Ford F150 long bed, dual tank, AT - second vehicle I bought myself (used), maroon and silver with 5 slot mag wheels and a bunch of stickers instead of this blue and white one:


6th - 1990 Honda Accord LX, 4dr, MT - a hand me up from my younger brother - like this one except mine was charcoal gray and had prelude wheels and clear corner lights :

7th - 2003 Honda Pilot EXL, AT - the first vehicle I ever purchased brand new - this is mine with 18" JDM Aristo wheels and 265 tires and before a bunch of scratches and dings/dents - owned that one until I traded it in for my 10th gen Accord:


And for fun, with my 2nd bike (before the wheel/tire upgrade):

ETA - DOH, totally forgot about this one - 2008 Honda Odyssey Touring - it's still in the driveway but under a cover and doesn't get driven much at all these days - might trade it in for a second CRV in another year or so, we'll see. Mine has Acura MDX Tech wheels and 255 size tires.

Some very fine cars, and some not so fine. Frankly I think my current 2020 Accord Touring takes the prize for most value for the money (except perhaps that 1935 Ford).

Samuelx said:
I like how you upgraded from a Vega to a Vega wagon!
Click to expand...

Ah, I see you noticed the Vegas. Believe it or not (or maybe you are old enough to recall) the Vega was Motor Trend’s Car of the Year just after it came out, and other auto mags were enthusiastic as well. So I bought one, and it suited the driving situation I had at the time. Mine didn’t have all the problems many of the others had, so I did get a Vega wagon for my wife. Also trouble free. But hardly wonderful cars after a while. The worst thing about mine was the big oil consumption after a couple of years. Well, after all, I did say some of my cars were not so fine.

I never drove one but I do remember thinking their Vega was pretty cool looking (definitely sportier than the 69 Volvo Wagon and 77 Rabbit we had) - I did not know about the Car of the Year title!
1141 - 1160 of 1173 Posts
Join the discussion
Continue with Facebook
Continue with Google
or sign up with email
About this Discussion
1.2K Replies
967 Participants
Last post:
DARVDR 8 d ago
Drive Accord Honda Forums
Drive Accord forum, a community where Honda Accord owners can discuss reviews, service, parts, and share mods.
Full Forum Listing
Explore Our Forums
The 8th Generation The 7th Generation The 9th Generation Audio, Electronics & Lighting The 10th Generation
Recommended Communities